EspinoZa grew up in Fraser among 14 siblings and parents that worked as lumberjacks. During early childhood, Carlota’s artistic talent was nurtured by her mother, stepfather and members of their church. At 10 years old, the Holy Ghost Youth Center encouraged her talent by commissioning one of EspinoZa’s earliest recorded murals The Sisters of Hope and the Poor (fig. 1), and funded her schooling to the Civic Center Art School. Later, she was awarded scholarships and studied new techniques at the Rocky Mountain College of Art, and University of Colorado, Boulder. This kind of community support led EspinoZa to emerge as a pioneer muralist throughout El Movimiento, a civil rights movement that emerged in Denver during the early 60’s on behalf of the Mexican American and Mexican communities.

Figure 1. Carlota EspinoZa at 10 years old painting The Sisters of Hope and the Poor

From the beginning, Carlota EspinoZa’s art has illuminated the vast cultures of the world in order to encourage us to embrace both the past, present and future. It bounds us together in the celebrations of our triumphs, struggle and perseverance. “It is within my art that our voices are amplified”, EspinoZa explains during our conversation. 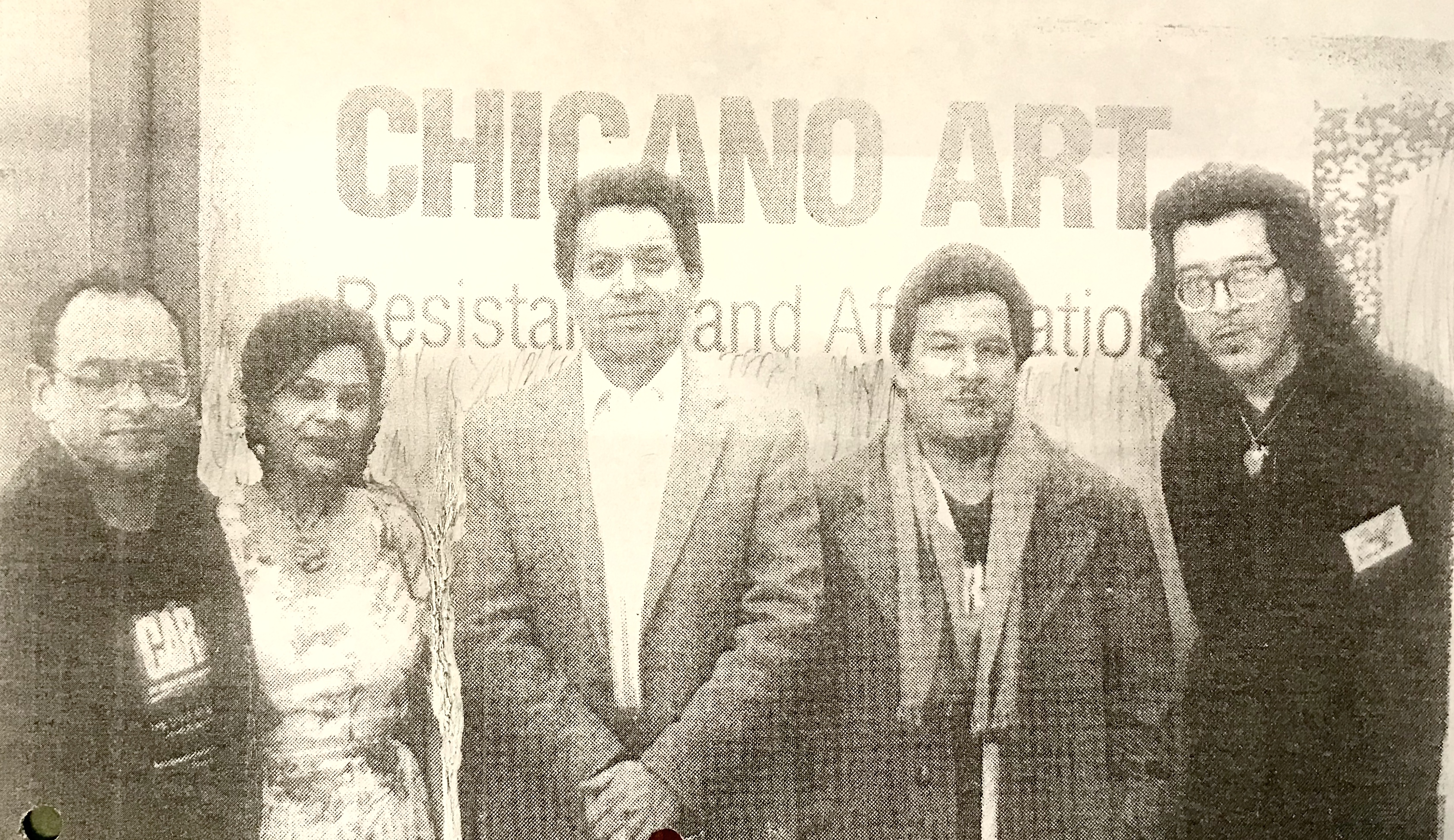 Her larger-than-life murals draw deeply on the formation of Denver’s Crusade for Justice, an urban rights movement in the 60’s that focused on the political, social and economic justice for Chicanos. She describes being influenced by the chants and the calls for action during the height of El Movimiento. Working alongside her contemporaries and fellow artists like Arlette Lucero, Carlos Fresquez, Emanuel Martinez, Leo Tanguma, Meggan De Anza, and Stevon Lucero, among others that cement Denver’s place within Chicano/a art (fig. 2).

Carlota’s mural “Tribute to Rodolfo ‘Corky’ Gonzales” welcomed Denver’s Northside community to Escuela Tlatelolco until its closure and demolition in 2017 (fig. 3). The symbolism highlights “Corky’s” vision for one of Colorado’s emblems that spawned from El Movimiento. The mural acts as a codex with imagery built in segments that depict the Aztec’s mode of learning where women are depicted as protectors of culture, life and power. EspinoZa’s work draws on her legacy of linking preconquest imagery with modern heroes. In this case, the next generation of Denver’s youth.

Figure 3. EspinoZa, Carlota, Tribute to Rodolfo ‘Corky’ Gonzales, early 90’s. The mural was painted on the facade of Escuela Tlatelolco. It was commissioned by the school’s President, Nita Gonzales who is “Corky” Gonzales’ daughter.